Start typing and press
Enter to search
Skip to content

I made these USB sticks in Illustrator  – they look pretty sensational. The credit is down to the tutorial I followed: ‘How to draw a USB Flashdrive. The link to it is here: Noupe.

So much amazing talent out there. 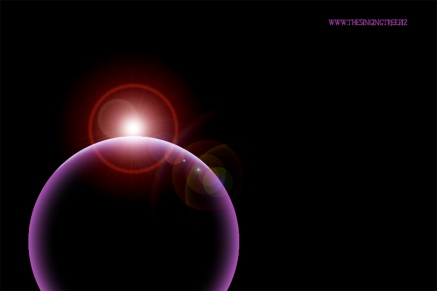 When I get a chance, I’ll write up the tutorial to make the glowing orb scene above. If you’re fairly familiar with Illustrator and Photoshop you can probably deconstruct the images and work out the technique. The orb is a simple ellipse with a gradient mesh applied and given a colour around the perimeter (Illustrator ). It was taken into Photoshop, given a dark background and highlighted with a Lens Flare and a few layer effects. There’s not much more to it.

As we get closer to Christmas, I start looking for Christmas Photoshop tutorials. I Google and check the images for something to inspire me and will, if the end result looks worth it, will spend the time and effort to recreate the effect. This is where I am at the moment…. searching and falling down bloody awful wormholes in Pinterest…

I found out recently that there is a way to exclude Pinterest from searches : type in the search term and append with -site:pinterest.com. It’s that easy. A pain in the bottom to do it every search but better than losing the will to live in Pinterest. If only people would include their URL or other contact information on images…

The weather is getting damper and chillier. The heating is on regularly and the living room is gorgeously cosy since we had a new fire put in a while ago. Both cats have large fluffy, padded catbeds in front of it and can often be found on their backs, feet up, sprawling across them. We even bought them an advent calendar from Lidl (for cats – filled with little cat treats).

Soup is becoming a staple as the weather gets colder. Made a big pot of chicken and vegetable soup yesterday. Some for tea and some to freeze for another day. The scents and smells of it while stirring with a long spoon (to let the devil come out of the steam)  was mouth watering. It didn’t disappoint. We ate it with chunky wedges of granary bread – my absolute favourite is the low GI bread from Lidl, and that’s what we had.

Today is wetter and colder than yesterday so might have soup again for tea. There’s a nice thought.

I live in Ireland and am married to a nice chap who puts up with me. Mindfulness and meditation is something I aspire to. I work full time as an Information Designer and also bake, embroider, sew, crochet and paper cut. I have phases as to which one grabs me at any one time. We have three kitties; Gracie, Charlie and Jess. :) All rescued; Jess being the most mentally traumatised but now (7 years on) so very loving (beware the hair-flip though), Charlie, the most physically damaged but all healed and pretty much in tip-top health (thanks to our wonderful vets) and lots of ongoing care, and Gracie. She was just a little kitten when we got her. Intrepid, happy, loving and lovely. Love the bones of all of them. And that is our little family.

This site uses Akismet to reduce spam. Learn how your comment data is processed.